Mike Parker is an American singer and footballer well-known for his melodious voice and amazing singing skills. He came into the limelight after appearing in ABC’s reality singing show American Idol season 20.

Parker is 28 years old in 2022. He was born in 1995. However, the amazing singer has not revealed his exact date and month of birth thus it is unclear when he celebrates his birthday.

Parker has a height of 6 feet 0 inches (approximately 1.8 meters). In addition, his weight is approximately 78 kilograms.

American Idol Mike Parker was born in Gainesville, Virginia. His father is Mike Parker Sr. whereas his mother is DeJuanna. Additionally, Parker revealed that his parents were in a band in the 1980s. Unfortunately, his mother was diagnosed with Leukemia just after his American Idol audition in 2021. Moreover, the former footballer dedicated his Hollywood Week Genre Challenge performance to his mom. 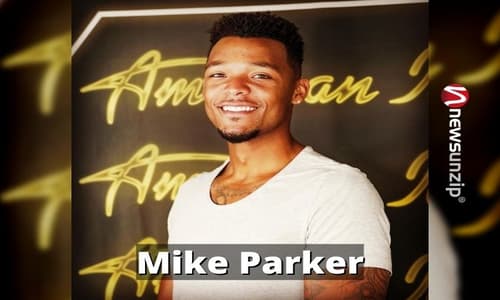 Parker is dating Allison Huppert. The duo became Instagram official on August 1, 2021, and has been in a relationship since March 29, 2021.

Parker attended kettle Run High School FROM 2010 TO 2013 and played as a footballer (a wide receiver and defensive back). Later, he joined Fauquier High School from 2013 to 2014. Later, he graduated from Atlantis Metropolitan College, GA. Moreover, during his high school period, the footballer was a part of his school’s musicals growing up and participated in his high school talent show every year. However, the footballer dropped his college education to pursue his passion for music.

The talented singer competed in season 15 of The Voice which premiered in the fall of 2018. Moreover, for his audition, Mike performed Neyo’s So Sick and got a chair turn from Jennifer Hudson. Additionally, he won The Voice battle round after the performance of John Mayer’s Gravity with teammate Natasha Grey cloud. However, he went up against McKenzie Thomas and was eliminated in the knockout round.

Parker is one of the contestants in the 20th season of American Idol which premiered on February 27, 2022. The judges are Katy Perry, Luke Bryan, and Lionel Richie.

The country singer performed Strawberry Wine by Deana Carter for his audition. This earned him a Golden Ticket to the Hollywood week. Additionally, Mike revealed that he started singing in church at the age of 9 years and that he competed in a high school talent show every year.

Furthermore, the American Idol contestant released his first original song, Raise a Glass in 2017. Moreover, he moved to Los Angeles and has released four other songs including; Put Me in the Game (2019), Battle (2020), The Real Me (2021) As well As Still Stingy (2021).

Moreover, Parker previously worked as a heavy equipment operator for S.W. Rodgers in Gainesville from 2014 to 2017.

For the Hollywood Week Genre Challenge, Mike performed Cam’s Platinum-Selling ‘Burning House’. Moreover, the singer dedicated this performance to his mother who was diagnosed with leukemia. Prior to his audition, the American Idol contestant said that his mother had been hospitalized with a mystery illness. However, after his audition, Parker and his family found out she had leukemia. Furthermore, the singer advanced to the next stage of the competition.

Furthermore, the country singer joined other country singers who had advanced from the genre challenge to Hollywood Week duets. They are Noah Thompson, Kelsie Dolin, Sarabeth Taite, Ryleigh Madison as well as Olivia Faye.

Parker has an estimated net worth of $100k.

Parker is active on Instagram under the handle @musicbymikeparker with over 6k followers.