Anna Wiernicki is a famous American journalist. Additionally, she works as a Washington Correspondent at Nexstar Media Group, Inc., Prior, she served as a general assignment reporter at KAMC-TV. Besides, she served as newsdesk intern at CNN and Fox 26 news.

Wiernicki was born in Woodlands, Texas, in the United States. Additionally, she is around 34 years old. However, details about when she celebrates her birthday is under review.

Wiernicki has an average height of 5 feet 8 inches (Approx 1.72 meters) tall. However, her body weight is not indicated in the media.

Wiernicki was born and she grew up in Woodlands, Texas, the United States by her parents. However, Anna has not displayed her siblings and parents names in the public. Therefore, more details about her family to be updated. 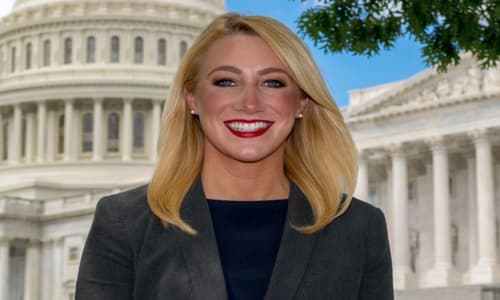 Wiernicki is engaged to her boyfriend Ryan Burns. Additionally, they likes spending time together and posting photos on their Instagram platform. However, it is not known whether she has a child or not.

Wiernicki is a well known Washington D.C., Correspondent for Nexstar. Before, she worked in Austin, Texas, for a period of two years as the statewide political reporter. Furthermore, she was a reporter for KAMC News in Lubbock. Additionally, she is our Washington Correspondent based in the nation’s capital. Furthermore, she covers our state Congressional delegation and the Federal government stories that affect us here at home.

Later, after three years in the Lone Star State, she is happy to be back in Washington. Moreover, she graduated from The George Washington University in May 2014 holding a degree in political science and a minor in journalism and also mass communications. Away from the newsroom, she loves catching up on politics, traveling and visiting her family in her hometown of The Woodlands, Texas.

Wiernicki attended and graduate from the American School in London and also The John Cooper School in 2010.

Wiernicki has an estimated net worth that ranges between $1 million – $5 million approximately. In addition, she gets an average annual salary ranging from $31,300 to $92,500.