Anne-Marie Green is an American Canadian Journalist and news anchor based in New York City. She is an anchor for CBSN, CBS News’ 24-hour digital streaming network, as well as a CBS News correspondent who contributes to all CBS News broadcasts and platforms.

Green is a 49-year-old news anchor born on September 21, 1971. She has been celebrating her birthday on the 21st of September every year since 1971.

Green approximately stands at a height of 5 feet 7 inches (1.7 meters).

Green is the only child born to her parents in Canada. She has not shared information concerning the identities of her parents. 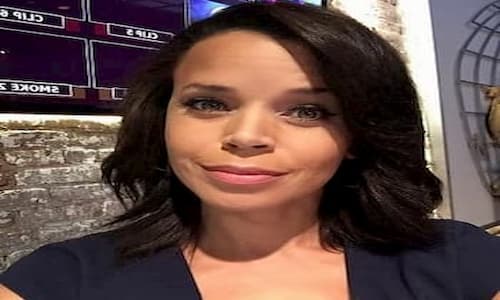 Green has been married to her long-term boyfriend Algernong Allen Philadelphia community activist since 2009. Ailey Lynn Allen is the name of their daughter.

She is an anchor for CBSN, CBS News’ 24-hour digital streaming network, as well as a CBS News correspondent who contributes to all CBS News broadcasts and platforms. It is in January 2013 she joined the network. Previously, she was a general assignment reporter for CBS Philadelphia. She co-anchored CBS Philly’s week morning newscasts and also reported for both CBS Philly and The CW Philly.

During her time at CBS Philadelphia and The CW Philly, she worked on several local and national stories. These stories comprise of the Amish school shooting in 2006 in the Nickel Mines, the Minneapolis bridge collapse in 2007, Super Bowl XXXIX, the 2008 and 2009 World Series, and many more.

In 2007, she received the Doris Haire Award for her reporting on the growing concern over the excessive number of C-sections performed in New Jersey, and in 2011, she received a Mid-Atlantic Emmy Award for coverage of a fatal duck boat crash in the Schuylkill River.

Green was a reporter at CITY-TV in Toronto and the host of Cable Pulse 24, a show on the station’s 24-hour cable news service, until moving to Philadelphia in 2004. She previously worked at CKVR-TV in Barrie, Ontario, and Rogers Cable News in Mississauga, Ontario, as a reporter. Carter Evans is also on the CBS News team.

Green attended a high school in Toronto and after that, she went to the University of Toronto where she earned a Bachelor of Arts degree in English in 1994. In addition, she received a degree in Journalism from Humber College in Toronto.

Green has a net worth that is estimated to be around $1 million.