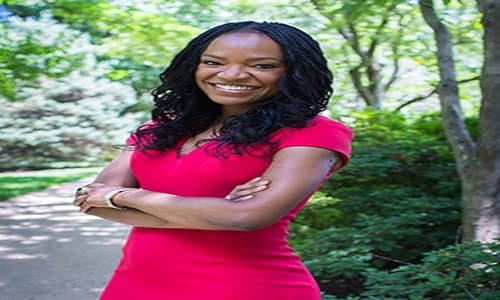 Based in New York, Athena Jones is a CNN national correspondent. She started as a general assignment reporter based in Washington Bureau in 2011. Additionally, she was a reporter for Reuters based in Buenos Aires, Argentine from 2001 to 2003 and covered the Argentine presidential elections and general news stories.

Jones is of average stature. Her height is 5 feet 7 inches (Approximately 1.7 meters)

Jones is of American nationality and Black descent. Her parents are Robert Jones and Gaynelle Griffin Jones who are both lawyers. In 2013, her mother passed on after battling cancer and her father is a judge in Texas, United States.

Her late mother was the first African-American woman to have a position with the First Court of Appeals in Texas. Also, she was given the status of United States Attorney in the Southern District of Texas, in the year 1993, by former president Bill Clinton. Nevertheless, there is no information about her siblings, hence we will update this section once the information is available.

Jones has not revealed details regarding her love life. However, we will update this segment once the information is available.

Jones graduated with a bachelor’s degree in Government from Harvard University. She later earned a Master’s degree in Journalism from Columbia University. In addition, she joined the Complutense University of Madrid and studied the Spanish Language, European politics and literature, and arts. She also did Islamic studies at the American Research Center in Cairo, Egypt with Duke University.

In 2011, Jones joined CNN as a general assignment correspondent and reported on politics and general news stories for the network from breaking news to national stories. Currently, she is based in New York, where she works as a national correspondent for CNN. Previously, she was the White House Correspondent and covered President Trump’s administration for all the networks platforms and programs.

In addition, Jones worked at NBC News as a White House Correspondent before joining CNN. While working at NBC she wrote packages and produced story segments, and also reported on-air for both MSNBC and NBC News. in 2008, she covered the presidential campaigns of then senators Hilary Clinton and Barack Obama for both NBC and the National Journal.

Also, Jones worked at CNN as a freelance segment producer before joining NBC News. From 2001-2003, she worked for Reuters based in Buenos Aires, Argentina as a reporter and covered the Argentina presidential elections, the farm industry, and the collapse of the country’s economy. She was a political reporter for Bloomberg News.

Jones has worked in the media industry for decades hence has accumulated good fortune. She has a net worth estimate of $.3 Million.