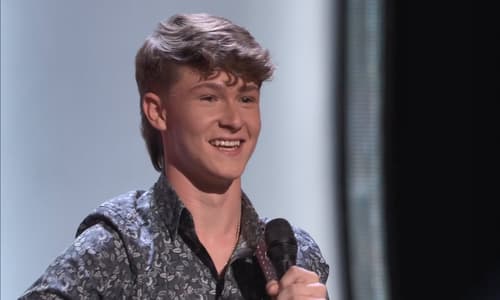 Carson Peters is a singer and songwriter from America well known for participating in NBC’s singing reality show The Voice Season 21.

Peters’ parents are Jamie and Robin. He started playing the violin at age 3 and at age 4 he began performing. He attended Elizabethton High School where he was a part of the golf team. Moreover, after performing on “The Tonight Show” with Jay Leno at the age of 8 years, he gained national attention and got immense popularity.

Moreover, he started working for a band that was opened for his idol Ricky Skaggs and taking fiddle’s professional training. He got a chance to perform with Skaggs at his Grande Ole Opry at the age of 10 which was his biggest achievement in his life.

In addition, he performed across the United States for 5 years after starting his own bluegrass band “Iron Mountain”.

Peters got a four-chair turn on The Voice during the Blind auditions as he wowed the coaches with his cover of Don Williams, “Tulsa Time”. The young singer from Piney Flats, Tennessee joined Blake Shelton’s team. John Legend said that he heard a lot of Oklahoma references in the song, noting that he was the first one to turn his chair. And added that Carson might want a coach from that state.

Clarkson said if he would want from the better one below it, Texas. Additionally, Ariana knew she had no chance with him for the fact that she has no one who is a country artist in her team. She just said that he was amazing. Moreover, Blake told him they got to figure out which one best represents who he was. In addition, not to mess around with what this opportunity is for him.

Peters’ net worth is between $1 million to $5 million.