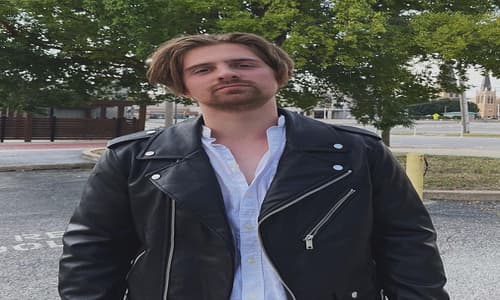 Chavon Rodgers is a singer and songwriter from America best known for his participation in the reality tv show The Voice Season 2021.

Rodgers has eight siblings and belongs to a musical family. They spend a lot of time playing at and as a family in the church where his father is a pastor. However, his wife motivated him to pursue a career in the musical field though he had decided to pursue physical therapy.

Currently, he works part-time as a county clerk and fills in as a guitarist for local artists.

He is married to Phoebe Grace, a real estate advisor at Chris Zinn Group at Engel & Volkers Tulsa since 15th December 2019.

Rodgers got his first breakthrough in 2021 with NBC’s television reality TV show The Voice Season 21. He performed in front of all the four judges, Kelly Clarkson, Blake Shelton, John Legend, and Ariana Grande.

During the blind audition of The Voice Season 21, he performed Olivia Rodrigo’s “Drivers License”. His performance was a powerful one which led to John Legend and Ariana Grande hit the buzzer. However, he later joined Ariana Grande for the show as his coach.

Moreover, after his performance, he told the judges that he is originally from Blake Shelton’s hometown of Ada, Oklahoma. It is then that he gifted Blake an early 1900’s Ada brick which his family had kept throughout the years. He wanted Blake to have it as a memento. He still managed to get in Ariana’s team even though Blake did not turn around for him.

Rodgers’ net worth is currently under review. However, we shall update this section once the information is out.