Deboer was born in Sioux Falls, South Dakota, United States to his father, Brent, and mother, Jennifer. In addition, Cole has one sibling, a brother named Brock. 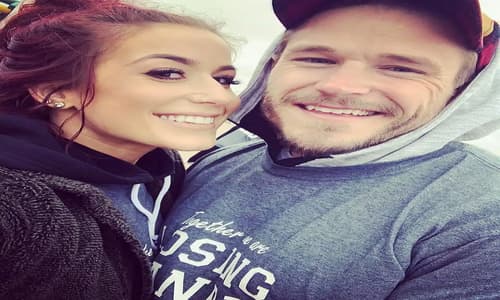 Deboer is happily married to Teen Mom 2’s star Chelsea Houska. In addition, the duo met at a gas station in 2014 while Chelsea was gas pump filling up her car. Moreover, the two got engaged in 2015 after Cole asked permission from Aubrea (born September 7, 2009), Chelsea’s daughter, who is the most important person in her life. They tied the knot in October 2016. Previously, Chelsea was in a relationship with Adam Lind.

Deboer is a reality TV star, businessman, traffic control specialist, and builder. Additionally, Cole appeared on MTV’s reality series Teen Mom 2 and is a co-host of HGTV’s Down Home Fab. Moreover, as a builder, he has shown his construction skills in building his family’s house in South Dakota. Furthermore, he is a Trendy Sock Line co-owner.

Together with Chelsea, his wife, Deboer is a star of MTV’s reality series Teen Mom 2. Chelsea fell pregnant while in senior high school at Vermillion, South Dakota. Unfortunately, the star had to drop out of school. Chelsea, together with Adam Lind, her then-boyfriend, appeared on MTV’s 16 And Pregnant and Teen Mom 2.

In addition, after giving birth to her first daughter, Aubree Skye Lind, she went on to earn her GED, enrolled in beauty school, and became a beautician. However, she broke up with Adam.

Moreover, in the sixth season of Teen Mom 2, Deboer was introduced when he moved in with Chelsea.

Moreover, Down Home Fab is a six-episode series that premiered on January 16, 2023, at 9 pm on HGTV.

Deboer has a net worth ranging between $1 million and $3 million. Coe is a television reality star, businessman, builder, and traffic control specialist.

Cole is active on Twitter @DeboerCole with 621 followers as of January 2023.

Deboer is also active on Instagram under the handle @coledeboer with 2.4M followers as of January 2023.

Moreover, Cole is active on TikTok with the username @cole_deboer which has 938.8k followers as of January 2023.