David Vogel is a songwriter and lead singer with the band JADN from America. He is one of the contestants of The Voice Season 21.

Vogel was born in New York, the United States on 20th March 1998. Therefore, he is 23 years old as of 2021 and celebrates her birthday on 20th March every year.

Vogel’s parents are Oliver (father) and Carrie Smoot (mother). In addition, he has three siblings, a brother by the name of Jeremy and two sisters, namely, Melissa Madeline and Julie Ellen. 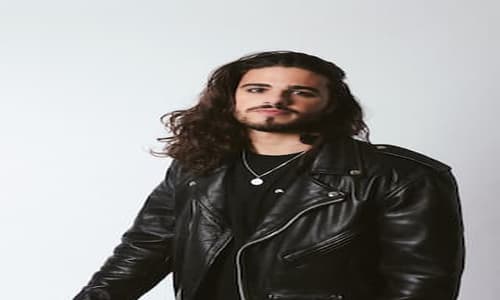 Vogel is a lead singer for the band JADN and they have 23.8k monthly listeners on Spotify. Moreover, in 2019, the band released their first single, “Little Love” from the album City Skies. In addition in 2017, Vogel was the one who wrote the title track City Skies.

However, his plans to tour outside the city with his band were postponed due to the ongoing pandemic. Also, he often travels with his music band throughout NYC. The band has four other members namely, Matt Kalapuch is the drummer, Aaron Bishop as the bassist including his brother Jeremy and Nick Gamble as the guitarist.

Moreover, the initials of their first names make the band name JADN. His current residence is in New York, United States. His hobbies are, acting, singing, traveling, performing, and songwriting. Additionally, being a pet lover, he has a dog pet.

Vogel was recently selected for the next round on the voice after his blind auditions performance. He sang “Breathin” on Tuesday, September 28, 2021, on the blind auditions night 4. Ariana Grande said that she loved his take on it and loved his tone and style. In addition, Grande turned her chair for him.

Ariana swayed along to the music with her eyes closed taking it in after realizing her own lyrics being sung back to her. She hit the red button right before the tune ended.