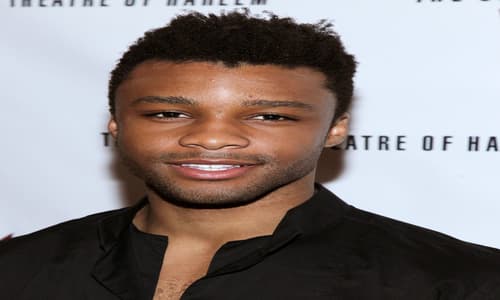 Dyllon Burnside is an actor and singer from America. He is best known for his role as a dancer as Ricky Evangelista, in the FX television series pose.

Burnside was born in Miami, Florida and grew up in a ranch in Pensacola, Florida. In addition, his family raised pigs, horses, chicken and cows. However, details about his parents and siblings are not publicly out. We shall update this section as soon as it out.

Burnside described his identity as “queer, not gay” in an interview for Men’s Health magazine in September 2020. Additionally, he described that queerness for him was about understanding that he exists outside of the sexual binary of just straight and gay. He also said he has had romantic relationships with women as well as men.

Burnside first performance at the age of 12 was a lead singer of the hip hop/R&B boy band “3D” with two of his cousins managed by his mother. He toured with the likes of Rihanna and Steve Wonder. In addition, he had a distribution deal with Atlantic Records and performed in venues including the Nokia Theater and Madison Square Garden.

He wanted to explore arts less traditionally masculine because he began feeling constricted by a boy band after 10 years.

Therefore, he took a vocal major and enrolled at the CAP21 conservatory. Later, he took acting and dance classes when he moved to New York. In addition, he studied for bachelor’s degree in writing and media studies from The New School.

Burnside has an estimated net worth of $3.5 million.