Fredricka Whitfield is an American journalist and news anchor who anchors the weekend edition of CNN Newsroom from CNN’s world headquarters in Atlanta. In addition, Whitfield is also a fill-in and substitute anchor for  CNN’s At This Hour with Kate Bolduan.

Whitfield was born in Burtonsville, Maryland to Mal (father) and Nola (mother). Her father was an American middle-distance runner and an Olympic champion. In addition, he was nicknamed the “Marvelous Mal” and had huge success in his career. Furthermore, her father participated in and won the 800 meters Olympic championship in 1948 and 1952. Moreover, she was inspired by her father and he would take her anywhere he traveled. Unfortunately, he died in November 2015. 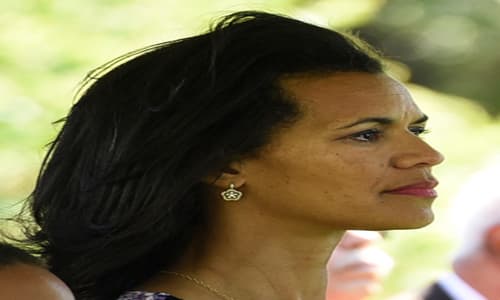 Whitfield is happily married to the director of photography at The Atlanta Journal-Constitutions, John Glenn. Additionally, they have been married since 1999. Moreover, the couple has three children together. Her firstborn son was born on January 20o5. Additionally, she had a set of fraternal twins, daughter Nola and son Gilbert in November 2012.

Whitfield graduated from Paint Branch High School in Burtonsville, Maryland in 1983. In addition, in 1987, Fredricka earned her bachelor’s degree in journalism from Howard University’s School of Communications. Besides, Whitfield served as a news anchor for the campus radio station WHUR while attending Howard. Furthermore, she was selected as the Howard University School of Communications Alumna of the year in 2002.

Whitfield began her career at WPLG-TV in Miami, NewsChannel 8 in Washington, D.C., KTVT-TV in Dallas, WTNH in New Haven, Connecticut, and WCIV in Charleston, South Carolina. Additionally, Fredricka then became a correspondent for NBC News serving as an Atlanta-based correspondent for NBC Nightly News from 1995 to 2001. Furthermore, the news anchor worked for other news programs at NBC including Today. Moreover, she was a morning and afternoon anchor as well as an assignment reporter.

Since joining CNN in 2002, Whitfield has covered major stories. Moreover, the anchor was the first to break the news of the death of Ronald Reagan. Fredricka reported the devastating 2004 Indian Ocean earthquake and tsunami. Furthermore, she also reported from the Persian Gulf region during Operation Iraqi Freedom.

Fredrick televised interview with comedian Joan Rivers in 2014 came to an abrupt end after she commented that Rivers’ work on the Fashion Police shows and Casey Anthony were mean-spirited. The interview was to discuss her new book comedy. She acknowledged the controversy during a subsequent broadcast calling her segment with Rivers “one of the most talked about interviews ending abruptly with an exit”.

However, on June 13, 2015, she described the gunman who attacked police in Dallas, Texas as “courageous and brave” on air when she thought he might be part of a coordinated terrorist attack. Moreover, the next day Whitfield claimed she misspoke but made no formal apology for the initial statement. The following day, the journalist issued a formal on-air apology, saying she terribly misused those words and was sincerely sorry.

Whitfield has a net worth of $3 million. In addition, she has accumulated a good income through her successful career as an anchor and correspondent.

Whitfield is active on Twitter under the handle @FWhitfield with 33.4k followers as of January 2023.

Additionally, Fredricka is active on Instagram under the handle #fredrickawhitfield.