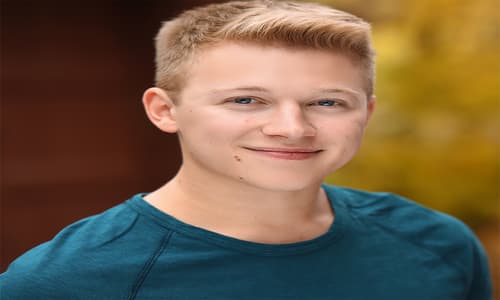 Born as Joseph Serafini, he is an actor from America. In the Disney+ series High School Musical, he plays Seb Matthew Smith.

Serafini’s siblings are Matt (brother) and Kristin (sister). However, details about his parents are not publicly out. Nevertheless, we shall update once this information is out.

Serafini’s revealed he was bisexual in 2020 and in a relationship with Frankie Rodriguez. Additionally, his partner is also an actor and his role in the High School Musical series is of Carlos Rodriguez.

Serafini graduated in 2016 from Bethel High School. In 2020, he graduated from the University of Michigan. In addition, he performed with ‘Pittsburgh Civic Opera Academy’ “Mini Stars” touring vocal group. While performing with the group, he was awarded a Gene Kelly scholarship.

He performed in productions including, The Sound of Music, Into the Woods, Peter Pan as well as A Musical Christmas Carol. At Kennedy Center Concert Hall in Washington, D.C., his stage roles include The Music Man Concert and the Burnt Part Boys with the Theatre Company asides from performing at Pittsburgh Civic Light Opera.

Currently, he is a master class teacher at Pittsburgh Civic Light Opera. In addition, he won a level II Theater Award at National YoungArts week in Miami as a stage performer. Moreover, he joined the cast of the Disney+ series High School Musical as Seb Matthew. For season 2, he became a series regular.

High School Musical – as Seb Matthew
Anything Goes – as Billy Crocker
The Sound of Music – his role  as Kurt Von Trapp
Scientastic – as Alex
Oliver! – as Oliver Twist
Into The Woods – as Jack
Les Miserables – as Gavroche
Peter Pan, or The Boy Who Would Not Grow – as Michael Darling
A Musical Christmas Carol – as Turkey Boy/Tiny Tim
The Music Man Concert – as Winthrop