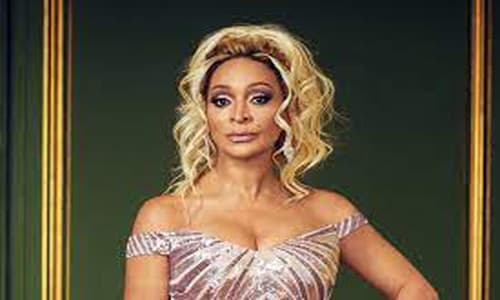 Karen Huger (nee Wooden) is an American reality television personality. She is well known for appearing as a cast member on Bravo’s reality television series The Real Housewives of Potomac (RHOP). In addition, Huger has served as a housewife since the show’s premiere in 2016.

Huger has a height of 5 feet 7 inches (approximately 1.7 meters). In addition, her weight is 60 kilograms.

Huger’s parents are Benjamin B Wooden Jr (father) and Georgia Raines Wooden (mother). She was born in Spring Grove, in the city of Virginia, the U.S. In addition, the RHOP cast member was motivated by her father who did hard work and perseverance for his family. However, both her parents have passed away. Her father died in 2018 after suffering from Alzheimer’s disease and her mother died in 2017 after facing physical issues related to Dementia disease. Additionally, Huger has two siblings, a sister named Bridget and a brother named Mario. Moreover, Karen said her sister is a primary caregiver and that she is her heartbeat.

Furthermore, she has created different campaigns to make people aware of Alzheimer’s and Dementia diseases so that no other people should face problems as her parents have faced.

Huger is happily married to her lovely husband Raymond A Huger, a high roller in the D.C./Potomaccommunity as the founder and CEO of Paradigm, a technology company. The duo walked down the aisle again during Season 6 of The Real Housewives of Potomac. However, the entrepreneur was very briefly married before to Edmund E. Carter and divorced. In addition, she has a son named Brandon from her first marriage. Moreover, Huger and Ray have a daughter together named Rayvin.

Huger graduated from the University of Virginia.

Bravo TV announced The Real Housewives of Potomac’s first spin-off show: Karen’s Grande Dame Reunion in 2021. The show premiered on April 17, 2022. In addition, the two-part special highlighted Huger’s first family reunion, her return to Surry County, along with her husband and daughter. Furthermore, Karen is about to have her first-ever family reunion as detailed in the trailer. However, it is not all fun and games as she comes together with her family and learns about their history and lineage.

Huger released a fragrance line entitled “La ‘Dame!” in 2019. In addition, the fragrance is sold in Bloomingdale’s and in many different stores. Moreover, the entrepreneur further expanded her brand by producing a 3-wick candle along with the fragrance.

Furthermore, in 2021, she was sworn in as the Surry County ambassador for tourism.

The other cast members of RHOP include: