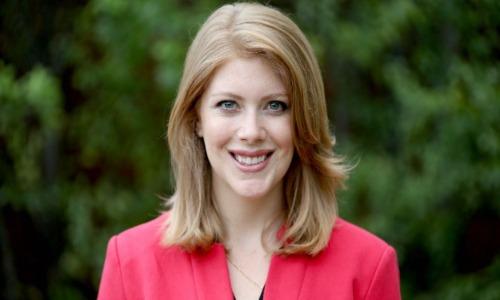 Kate Cagle is an American journalist who serves as a news anchor and reporter at Spectrum News 1 in El Segundo, California, since October 2019. Prior to joining the station, Kate worked as a senior reporter at Santa Monica Daily Press and a video journalist at KRON-TV.

Kate is 34 years old as of 2022. She was born in 1988, in Southern California, in the United States. She has however not disclosed details of the date or the month she was born to the public. Thus it’s not known when she celebrates her birthday.

Kate is a native of Southern California. However, she has not disclosed details of her parents or siblings to the public. We will be sure to update you once this information is available to us.

Kate is married to the love of her life and the two are blessed with a baby boy. The couple also has two dogs. However, not much is known about her husband and kid as she has kept their details off the limelight.

She graduated from McAllen Memorial High School with a high school diploma in 2006. Kate went on to study at South Carolina University later. In 2010, she received her bachelor’s degree in political science and broadcast journalism.

Since October 2019, Kate has been a news anchor and reporter for Spectrum News 1 in El Segundo, California. Kate was formerly a senior correspondent for the Santa Monica Daily Press. Kate had previously worked at KRON-TV as a video journalist.

She began her career in journalism as a production assistant at NBC News, assisting the producers and journalists of the NBC Nightly News with live shots and taped packages, including shoots at Camp Pendleton, Neverland Ranch, and The Staples Center. After that, Kate moved to Annenberg TV News to work as an executive producer.

Kate was a mobile journalist for KPSP Local 12 in Palm Springs from 2010 to 2012. She spent the majority of her time there as a morning reporter. While working for the local CBS affiliate, Kate oversaw the station’s coverage of the greatest gang purge in Riverside County history, technical advancements at the Twentynine Palms Marine Corps facility, and visits from Condoleezza Rice and Laura Bush. Betty Ford’s funeral was covered by Kate’s field as its anchor.

Following the takeover of KPSP by News-Press Gazette, Kate briefly worked as a reporter and weekend anchor at Palm Springs’ KESQ-TV. The No. 1 morning show in Portland was covered by Kate at KPTV Fox 12 Oregon, where she also worked as a reporter. During the 4.5-hour newscast, Kate took nine live photos.

Kate has an estimated net worth of $681,751, which she has earned through her career as a journalist.