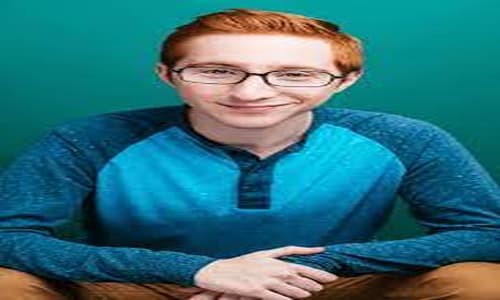 Born as Larry Benjamin Saperstein, he is an actor from America. He portrays the role of Big Red (the star) in the Disney+ series High School Musical. In addition, is a great tap dancer asides from acting

Saperstein was born in Islip, Suffolk, New York, on the southern shore of Long Island on 12th April 1998. Therefore, he is 23 years old as of 2021 and celebrates his birthday on 12th April every year.

Saperstein is 1.72 meters tall. In addition, he weighs 56 kilograms.

Although Saperstein has not disclosed his parents’ names to the public, both of them are stage actors and performed at the Community Theater. However, he is Jewish.

Saperstein attended Islip High School. He was chosen as a 2016 Long Island Scholar artist. He graduated with a Bachelor of Fine Arts in Production and Design of Stage Screen From the Pace University in New York.

Some of the movies Saperstein has featured include; We Are The Hartmans, Finding, and Blindfold as Jeremy. Additionally, his role as Lucius in the 2015 ABC Television film Fan Girl has given him fame. At the of 3, his career began performing on stage with his parents.

Moreover, he got his first major role as Winthrop Paroo in Star Playhouse’s production of The Music Man at the age of 6. However, he has had more theater roles including; Cats as Skimbleshanks, Evita as Children’s Choir, and Oliver! as Charley Bates.

In addition, he joined the cast of the High School Musical series in February 2019 as Big Red. He portrays the character as the best friend to Joshua Bassett’s character Ricky Bowen.

He is also a great tap dancer asides from acting where he started dancing at the age of 6. In addition, he spent summers at the Usdan Summer Camp for the Arts and was a Tap City Youth Ensemble member.