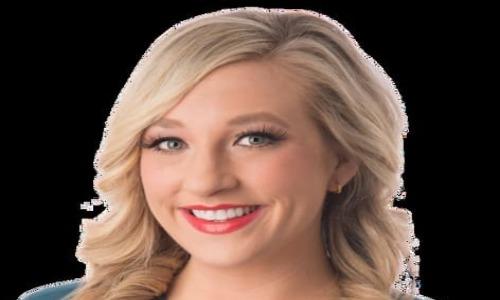 Laura Halm is an American news personality currently working as a morning anchor for KOLN-TV in Lincoln, Nebraska, United State. Previously, Laura worked as a news reporter for WATE-TV 6 in Knoxville, Tennessee.

Halm was born on December 30, in Michigan, United States. However, she has not disclosed the year she was born to the public yet. We will be sure to keep you updated once this information is available to us.

Halm was born in Michigan and brought up in Wisconsin, Illinois, Ohio, New York, Missouri, Georgia, and Tennessee, United States. However, she has not disclosed information about her parents and siblings to the public yet. We will be sure to keep you updated once this information is available to us.

Halm is very private when it comes to details concerning her love life. Thus its not known if she is married, single or in a relationship with anyone. We will update you once this information is available to us.

Halm is a graduate of the State University of New York College at Plattsburgh class of 2007 with a bachelor’s degree in broadcast journalism.

In April 2020, she started working as a morning News anchor for KOLN and KGIN-TV 11 in Lincoln, Nebraska. Laura worked as a news reporter for WATE-TV 6 in Knoxville, Tennessee, from July 2013 until April 2020 before joining the Koln news team. While there, she reported on a number of significant topics, including inquiries into the Tennessee guardrail safety system following the death of Hannah Eimers, a 17-year-old.

Laura also accompanied Hannah’s parents to the state capital and to Washington, D.C., where the family was advocating for change. Laura was a news reporter for WCYB, WEMT, and CW4 in Bristol, Virginia, from June 2011 to July 2013.

From August 2008 through March 2010, Laura worked as a production assistant for the news organizations WPTZ and WNNE. Following WPTZ, she joined Gwinnett Broadcasting Company, where from April 2010 to April 2011 she served as a lead reporter.

Interestingly, the Tennessee Education Association gave her numerous anecdotes of the struggles and triumphs parents, teachers, and students face the Tennessee School Bell Award.
She enjoys giving back to the community and participated in Dancing with the Knoxville Stars in 2018, participating to raise money for various causes. The funds raised were used to buy urgently required medical supplies for East Tennessee Children’s Hospital. In her spare time, Laura likes to hop on a bike for a spin class, swing dance, laugh, visit historic homes, and talk about her orange cat, Coach.

Halm has an estimated net worth of $ 1 million – $5 Million which she has earned through her career as a journalist.