Marsau Scott is an African-American reality television star and commercial general contractor. He is best known for his role in the reality series Love and Marriage: Huntsville on OWN.

The show focuses on three African American couples who work in real estate in Huntsville, Alabama.

Scott likes to keep details about his personal life away from the public. As a result, he has not yet disclosed any information about his body measurements, neither height nor weight. However, as soon as these details are available to the public, we will update them on the page.

Scott was born and raised by his parents in the United State. He grew up along with his elder brother Maurice Scott. His brother is also a reality television star. On the other hand, he has not shared the identities of his parents. We will however update this information as soon as it is available to the public. 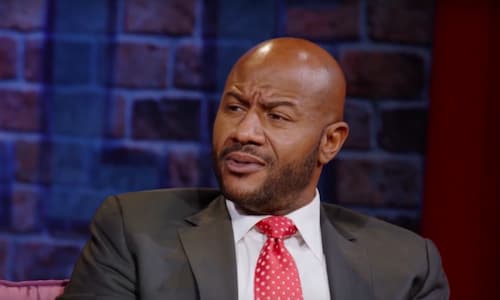 Scott has been married to his lovely wife LaTisha Scott for 14 years as of 2021. His wife is a commercial real estate developer. Also, they star in the show Love and Marriage: Huntsville together.

Scott has appeared in the OWN series Love and Marriage: Huntsville. He has been working with his wife, LaTisha Scott, for several years. It focuses on three African American couples who work in the real estate industry in Huntsville, Alabama. Martell Holt and Melody Holt, Kimmy Grant and Maurice Scott, Marsau Scott, and LaTisha Scott are some of the couples featured in the show.

In addition, they are not only pursuing prosperity, but they are also aggressively demonstrating black love and friendship. Finally, the episode delves into several significant heated themes. For example, masculine chauvinism, “respectful cheating,” and even matrimonial servitude.

Scott began his studies at Alabama Agricultural and Mechanical University in 2000 and graduated in 2004 with a B.B.A. in International Business. Also, in 2015, he enrolled at the University of Alabama in Huntsville. After two years, he graduated with a master’s degree.

Scott must have a beautiful income through his career as a reality television star and commercial general contractor. His net worth is estimated to around $10 million. However, his monthly earnings are still under review and will soon be updated.