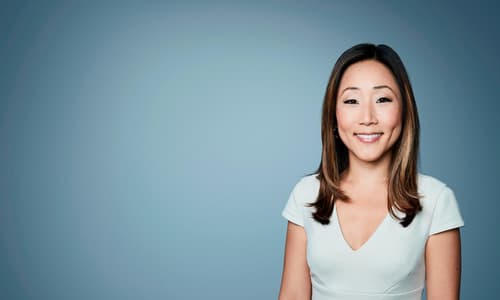 Born Min Jung Lee, she is a South Korean-born American CNN political correspondent. She covers politics, campaigns as well as breaking news for the network.

Lee was born and raised in Seoul, South Korea. She has dual citizenship, South Korean and American. Also, she has Asian ethnicity. On the other hand, she has not disclosed information about her parents. We will update this section once it is made public.

Lee is married to Alex Burns, an American journalist. He serves as a national political correspondent for The New York Times and CNN political analyst. They met in the Politico Newsroom and married in mid-2012.

In 2020 Lee shared a photo of herself where she was expectant.

Lee began her career after her graduation as a reporter at ‘Capitol Hill’ where she covered Congress, economic data, the federal reserve, Financial regulations, and the banking community. Later, she moved to Politico, Washington D.C as a finance and political reporter.

The journalist joined CNN in 2014 and works as a correspondent for politics, campaigns, and national breaking news for the network. Also,  she covered the 2020 Presidential elections. In 2017, she covered the Republican efforts to repeal the Affordable Care Act, on both the heated political deliberations in Washington and the real-life implications of proposed policy changes across the country.

In 2016, she traveled the country covering the presidential election of Donald Trump during the primaries and Hillary Clinton in the general election.

Mj Lee Salary and Net Worth

Lee’s salary is currently under review. We will update this section once it is available. Her net worth is around $100k to $200k.