Palmer has not revealed details about his date, month and year of birth. However, he has not disclosed when he celebrates his birthday.

Palmer has an average height of 5 feet 8 inches tall. Besides, he has a moderate weight.

Palmer was born and raised in the United States of America by his parents whom he has not disclosed their names in the public domain. 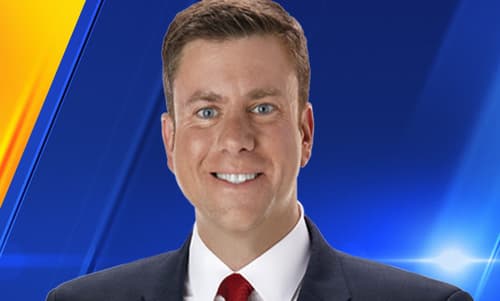 Palmer likes to keep his personal life away from the limelight. However, he has not disclosed information about his partner or weather he has children in the public.

Additionally, the Chief Meteorologist serves as meteorologist for weeknight editions of KIRO 7 News. In addition, he joined KIRO 7 in 2011 after stints as meteorologist and news anchor in Texas and Florida. Moreover, he was “bitten” by the forecasting bug at an early age and began chasing storms in Tornado Alley as soon as he got his teenage driver’s license. Furthermore, he graduated from the University of Texas at Austin and as well completed advanced meteorology studies at Mississippi State University prior to embarking on his broadcasting career.

In addition, he holds the prestigious Seals of Approval from the American Meteorological Society (AMS) and as well the National Weather Association (NWA), and presently works as Broadcast Meteorology Committee chair for the NWA. Furthermore, at his free time, he loves travel, golf, photography, and researching his family history. Besides, he has family who have called Western Washington home for several years and is thrilled to have been able to forecast weather for this beautiful region for more than a decade currently. Moreover, he resides on the Eastside.

Palmer attended Mississippi State University where he completed advanced meteorology studies. Furthermore, he joined the University of Texas where he studied and graduated holding a degree in journalism.