Nick Allard is a well-known morning and lunchtime meteorologist for KIRO 7, a CBS-affiliated television station in Seattle, Washington. In addition, he creates useful and consistent weather tales by utilizing outstanding communication skills and as well the ability to incorporate technology into his presentations. Moreover, since 2022, Allard of KIRO 7 has not reported on-screen.

Allard has not revealed details about his date, month, and year of birth. However, Allard has not disclosed when he celebrates his birthday.

Allard has an average height of 1.68 meters (5 feet 6 inches) tall. However, his body weight is under review.

Allard was born and raised in the United States of America by his parents whom he has not disclosed their names in the public domain. 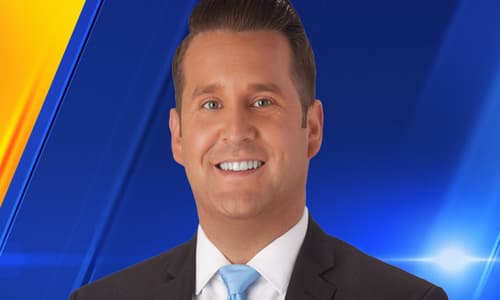 Allard married Megan Allard. Additionally, they reside in Seattle, Washington, D.C. Furthermore, they are blessed with 2 sons and one daughter. Moreover, his favorite pastime is spending time with his spouse and three children. Additionally, they have been married for more than 17 years. Besides, they met for the first time while he was shadowing a Seahawks game and she was rooting for the Rams. Moreover, he loves being linked to society, and honesty is a vital value for him. Besides, he enjoys using modern technology in his storytelling.

In addition, he appears to be simply bored with his job and in need of some alone time. Besides, he has not appeared on the big screen since 2022. Moreover, followers of the meteorologist have been wondering why he  isn’t covering the channel. Additionally, they are eager to learn what happened to him. Furthermore, he has not added anything or revealed where he is right at the moment. Besides, he must be taking time away from KIRO 7 to spend with his family.

Additionally, everyone gets tired of working crazy hours and for lengthy periods of time and as well needs some downtime. Moreover, the meteorologist may be tired of his tedious job and also would like to spend some private time with a family member. He is a lifelong storyteller and communicator. He excel in breaking down complicated material to deliver interesting and also easy to understand information via TV, radio and social media.

Storytelling is in his blood. On my 5th birthday, he received a microphone. From then on, he knew storytelling was in his future. His passion is taking complicated content and producing stories people love and understand. Staying connected to his community and being real are core values for him, so what you watch on camera is what you get when we meet in person.

He has been active in every community he has worked in, emceeing events and participating in WSU events, like the Edward R. Murrow Symposium, and as well helping graduating WSU students get their start in the business. He is a member of the American Meteorological Society (AMS) and he participate in live radio shows and on podcasts. Besides, he is a proud Coug, Seahawk, Storm, Mariner, Sounder, Zag (my wife’s alma mater) and currently Kraken fan! he is from Yelm so the PNW is where his heart is.