Watt has not disclosed his exact date, month, and year of birth to the public domain. Thus it is not known when Nick celebrates his birthday.

Watt was born in Paisley, Scotland. Moreover, Nick grew up on the Scottish borders, Thailand, Malaysia, Turkey, and South Africa. However, the talented journalist has not disclosed his parent’s identities or if he has any siblings. 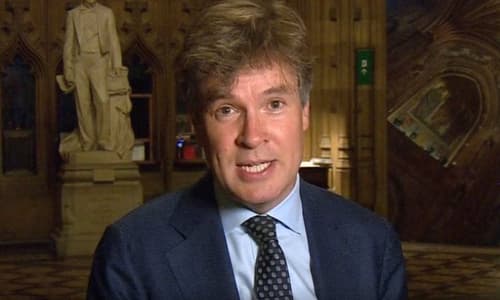 Watt is married to Rebecca Keating, also a BBC journalist.

The amazingly talented journalist attended King’s College School in Wimbledon. This was prior to studying History at the University of York between 1986 and 1989. Moreover, Watt went on to study for a postgraduate diploma in Journalism Studies at The University of Wales from 1989 to 1990.

The media personality began his career as a political reporter based in Belfast working for The Times as an Ireland Correspondent covering the initial stages of the peace process.

In addition, in 1997, Watt was based in London following his appointment as a political correspondent for The Times. This was prior to joining The Guardian a year later where he worked as a European editor and chief political correspondent. Moreover, between 2007 and 2008, the journalist was the acting political editor of The Observer.

Additionally, in 2016, he left The Guardian to become political editor of Newsnight on BBC Two replacing Allegra Stratton. Coincidentally, Ian Katz, who was the editor of Newsnight at the time was also a former Guardian employee. Additionally, according to Katz, Watt was one of the most trusted, authoritative, and engaging journalists in the country. Moreover, with a background in Northern Ireland, Europe, and Westminster Watt is also uniquely equipped to guide viewers through an increasingly fractured and complex political landscape. However, a number of BBC journalists were reported to be ‘annoyed’ with the director of BBC News, James Harding appointing BBC posts to figures with backgrounds in the newspaper including him (Nick).

Furthermore, in March 2019, Nick recounted a comment with strong language made by an anonymous cabinet minister under Theresa May.

However, in June 2021, he was harassed during a COVID-19 anti-lockdown demonstration outside Downing Street. Footage of Watt’s treatment was widely shared on social media and condemned by Boris Johnson and Home Secretary Priti Patel.

The journalist’s estimated net worth ranges from $1 million – $5 million.