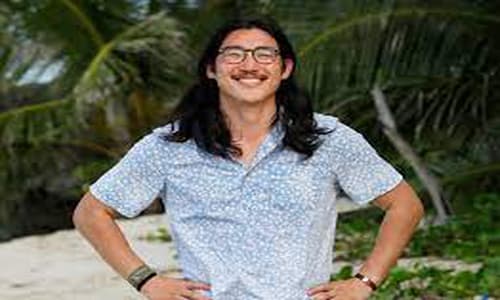 Owen Knight is a college admissions director and reality television personality from Bethesda, Maryland. He is widely known as a castaway in season 43 of Survivor.

Knight has a height of 5 feet 9  inches (approximately 1.8 meters). In addition, he has a weight of 72 kilograms.

Knight was born in Bethesda, Maryland, the United States to his parents. However, Owen has not disclosed his parents’ identities. Moreover, Knight has also not revealed if he has any siblings. In addition, the castaway credits his parents as his hero. This is because they are kind, fun, hard-working, and dedicated to one another. Furthermore, he says that they are more social than he is and that they gave him a life that anyone would dream of when they adopted him as a baby, and they have supported him in every endeavor he has taken on. Owen said that he owes them everything and want to make them proud.

In addition, his ethnicity is Korean and of American nationality.

Knight is currently engaged to Sammy Stevens, his fiancee. Moreover, in September 2022, Owen shared photos of him proposing to his girlfriend on Instagram. He captioned, “One week ago, I asked my best friend to marry me, and she said, “hell yes!” Moreover, he continued, “Sammy, I can’t wait for a lifetime of more laughs and adventures with you! Every day together is a gift, whether we are exploring a new city, sharing great food, or snuggling up watching reality TV. I want it all. I love you!”

Knight went to Walt Whitman High School in Maryland where he was part of the Whitman Rowing, and Whitman Football. Moreover, Owen later graduated with a BSM, in Marketing and Management at Tulane University – A.B. Freeman School of  Business. Furthermore, the Survivor contestant also holds a Master of Business Administration (MBA) from the same institution. Additionally, he was part of Green Wave Ambassadors, Interfraternity Council, Tulane Orientation, Tulane Rowing, and Intramural Sports Referee while in college.

Knight is a well-known public speaker. Moreover, the castaway can entertain an audience of up to 800 people. Furthermore, Knight was promoted to admission director at a young age due to his individual skills.

In addition, the Survivor contestant is also a fitness instructor, where he coaches and teaches fitness classes under the moniker “Orangetheory Coach”.

Knight is one of the contestants on the ongoing 43rd season of the CBS reality series Survivor and in the Baka tribe. In addition, the show premiered on September 21, 2022, on CBS and Global. Moreover, fans can stream anytime on Paramountplus to watch new episodes or every Wednesday at 8/7c on CBS.

In addition, his hobbies include backpacking, hiking, video games, and taking and coaching fitness classes. Moreover, Owen describes himself as loyal, charismatic, and passionate. His pet peeves are people who are entitled, and people who don’t know what to do at a four-way stop.  Additionally, he said that he is most proud of being named an admission director at his age.

Moreover, Knight said that people would never know that he is a great public speaker and uses his people skills at work every day.  Furthermore, the castaway says that he will play the game most like Adam Klein, a past survivor. This is because Adam kept his threat level low,m had good relationships with everyone. Besides, Owen says that he believes he can be the sole survivor because he is an unassuming triple threat.

The following are the other castaways of season 43 of Survivor

Knight has a net worth estimate of $1 million.

Owen is active on Instagram. Additionally, his handle is @theyoungknight.