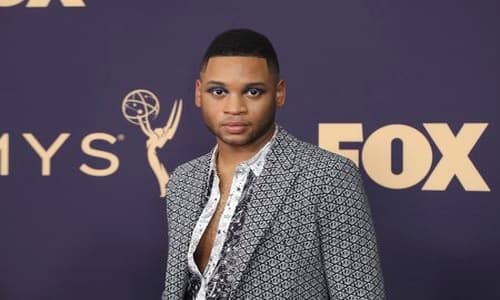 Ryan Jamaal Swain is an actor and dancer from America. His role as Damon Richards-Evangelista as a homeless LGBT+ dancer brought him to the limelight.

Swain is the eldest of four children and was raised by a single mother in Birmingham, Alabama. Much of his childhood was spent training at the local theater and dance companies.

On 28, July 2020, his sister, Raven Lynette was shot and killed in Birmingham, Alabama which led to his exit from Pose. Moreover, this led to his character being written out of the series midway through the first episode of the third season.

Swain has appeared in several productions while at Howard University such as Everything Goes. Additionally, he has also appeared in plays including Thoughts of a Colored Man, and Six Degrees of Separation. Moreover, he appeared in a number of Broadway productions.

In 2014, he wrote and starred in his first major project, “A Negro Writer” ( about the life of American writer Langston Hughes as a one-man show).  Additionally, he intends to write about a teen fiction novel about a Southern adolescent

In 2017, Swain landed the role of Damon Richards in Ryan Murphy’s FX television series Pose. The show received positive reviews when it premiered on June 3, 2018. Additionally, the first season had the largest transgender actors ever for a scripted network series. This series had over 50 transgender characters.

However, he was written out for the second half when he had reappeared in the third and final season. In addition, he stars alongside Billy Porter, Indya Moore, Angelica Ross, Dominique Jackson, and Mj Rodriguez.

Swain net worth ranges from $1 million to $5 million.