Born Sofia Christine Wylie, Sofia Wylie is an actress and a dancer from America. However, she began as a dancer before gaining prominence for her role as Buffy Driscoll on the Disney Channel comedy-drama series Andi Mack.

Wylie was born in Scottsdale, Arizona, the United States on 7th January 2004. Therefore, she is 17 years old as of 2021 and celebrates her birthday on 7th January every year.

Wylie’s parents are Chris (father), who is a businessman, and Amy (mother), a housewife. Additionally, she has a sibling, (elder sister), namely Isabella who won the competition in a TV reality show titled Chopped Junior.

However, she is not dating anyone for now and her status is unmarried. 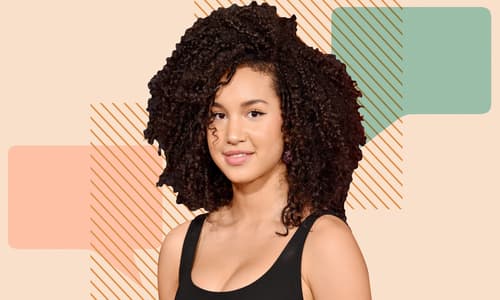 Wylie schooled at a local High School in Arizona, United States. Later, she enrolled at a local private college in Arizona where she is currently pursuing her graduation. In addition, she has also enrolled at Second City Training Center in Hollywood, California, the United States for professional training in acting. However, her dancing skills started at the age of 5.

Later in the year, she also appeared at the Purpose World Your by Justin Bieber. In addition, she got her debut chance in the industry when she grabbed the role in the popular television series titled ‘Andi Mack’ in the year 2016. Similarly, she has also made an appearance in an Internet-based 4K Dance Series.

In addition, she started an educational dance series titled ‘Dancing With Sofia Wylie’ on IGTV in the year 2019. Furthermore, she made her filming debut with her appearance in the Australian film titled ‘Back Of The Net’ in the same year. Moreover, in the animated movie titled ‘Marvel Rising’, she gave her voice to the role of Riri Williams and debuted her single titled ‘Side by Side’.

Moreover, she has made an appearance in other popular TV series and films like Shook, The School for Good and Evil, and High School Musical: The Musical: The series. Additionally, she was also signed by the United Talent Agency in 2019 and owns a production company named AIFOS.

Wylie has won and been nominated for many popular awards like the Young Entertainer Awards as well as the Kids Choice Awards in 2019 and 2021.