Born Susanna Victoria Reid, Susanna Reid is an English television presenter and journalist. In addition, from 2003 to 2014, she was a co-presenter of BBC Breakfast alongside Bill Turnbull and Charlie Stayt. In 2013, the journalist finished as a runner-up on the eleventh series of Strictly Come Dancing.

The youngest of three children, the journalist was born in Croydon, South London to her parents Barry (father) and Sue Smith (mother). Her father was a management consultant whereas her mother was a nurse. However, when she was aged 9, her parents divorced. 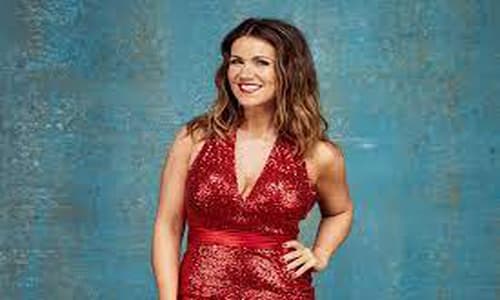 After 16 years together, Reid separated from a partner, former sports correspondent Dominic Cotton in 2014. The couple has three sons together. Moreover, in November 20198, the journalist revealed that she was in a relationship with Crystal Palace chairman Steve Parish. However, in April 2019, it was announced that their relationship ended.

The journalist began her career at BBC Radio Bristol and then became a reporter for Radio 5 Live as well as a producer. Reid then joined BBC News 24 where she spent two years as a reporter. Moreover, she became a stand-in presenter for an hour when the 23:00 presenter did not arrive which turned into a permanent position.

Moreover, the journalist presented the New Year Live program on BBC One on December 31, 2013.

In February 2014, it was reported that ITV was attempting to recruit a presenter for their new breakfast program. The presenter had previously rejected claims of moving to ITV in December 2013 during her Strictly Come Dancing stint saying she would bleed BBC if cut open. However, on 3 March 2014, the BBC confirmed the presenter’s move to ITVto front rival breakfast program Good Morning Britain which replaced its former breakfast show Daybreak. Moreover, she is the show’s cohost every Monday to Thursday from 6:30 a.m. to 9:00 a.m.

The presenter appeared on a special Text Santa episode of Tipping Point with fellow Good Morning Britain presenters on 19 December 2014. In addition, she co-presented Save Money: Good Food.

Furthermore, in October 2018, the presenter appeared as a cameo in Hollyoaks.

Additionally, in July 2020, the presenter appeared on Celebrity Gogglebox alongside Barrister and TV Judge Robert Rinder.

In March 2014, Television and Radio Industries Club named the presenter Newsreader of the Year at their annual awards. Moreover, the week after it was announced she would join ITV. The presenter again won the same award in 2015. Moreover, she received an Honorary Fellowship from Cardiff University, her alma mater.

Reid’s net worth ranges between $5 million and $10 million.