A New York native, Talia Balsam is an American television and film actress. She is famous for MadMen, in2007, No Strings Attached in 2011, and the 2016 Divorce.

Balsam’s parents are Martin (father) and Joyce Van Patten both of whom are actors. Her father is of Russian Jewish and her mother Italian, Dutch and English ancestry.

Balsam has been married to John Slattery since 1998 and lives in Soho, Manhattan. Moreover, they got married in Kauai, Hawaii, and together have a son by the name of Harry. Prior to her marriage to John, she had married actor George Clooney in Las Vegas in 1988 and divorced in 1993. 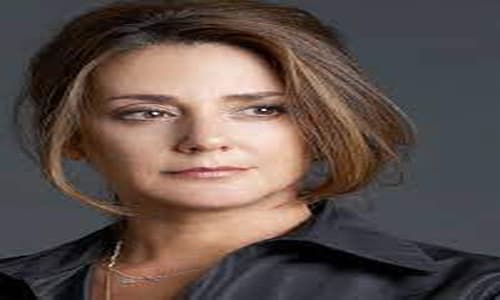 Balsam attended a boarding school in Tuscon, Arizona in her adolescent years. Moreover, from 1971 to 1974, she attended the Treehaven School in Arizona.

Balsam started acting in 1977 appearing on television in the series “Happy Days”. Later, the TV films she did include; Stickin’ Together, Fast Lane Blues, The Initiation Of Sarah, and The Millionaire. In addition, she was cast in the series “Taxi” as Cathy Consuelos. She made her big-screen debut with the movie “Sunnyside” in 1979. Moreover, she did a number of TV projects such as The Runaways. OHMS, Archie Bunker’s Place, Kent State, Hill Street Blues, Survival of Dana, Family Ties, and Cagney & Lacey.

Furthermore, she did the TV movie “Calamity Jane” and the flick “Mass Appeal” in 1984. She appeared in the TV series “Murder She Wrote” as Debbie Delancey the following year. Later, she appeared in movies, TV films, and TV series. They include; The Supernaturals, The Kindred, and In The Mood. She also appeared in Crawlspace, Tour of Duty, and The Ladies. She was also a cast in the television program Thirtysomething as Paige in the year 1989. Additionally, she did the TV films Past Imperfect, Sins of The Mother, Stat, Jake and the Fatman, Life Goes On, and the film Killer Instinct.

Moreover, she appeared in TV shows Mad About You, and The Larry Sanders Show in 1993. In addition, two years later, she starred in the TV series Diagnosis: Murder, Touched by an Angel, Almost Perfect and did the flick ‘Coldblooded”. In L.A Doctors’, she had a recurring role in 1998 and after also did recurring roles in the TV series titled Without A Trace and K Street. She did the TV movie ‘Into the Fire and the film Little Manhattan in 2005. Moreover, in the series Mad Man, she was offered the chance to star as Mona.

In 2012, she played the role of Cynthia Walden in the series ‘Homeland’ after making a guest appearance in the series ‘Treme’. She got featured in the movies The Girl in the Book, and Don’t Worry Baby three years later. In addition, she did the film Little Man in 2016 and plays a regular role in the TV comedy series “Divorce”.

Balsam’s net worth is $4 million.