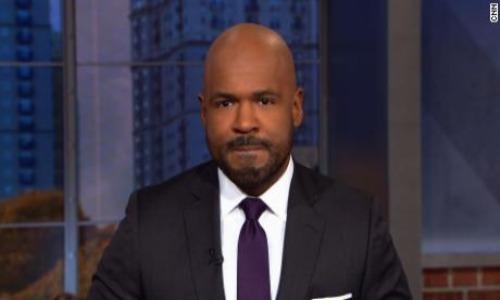 Victor Blackwell is an American journalist who works as a news anchor for CNN Newsroom alongside Alisyn Camerota on CNN. He became a member of CNN News team on April 19, 2021.

Blackwell is 40 years old as of 2022. He was born on September 25, 1981, in Baltimore, Maryland, United States. He celebrates his birthday on 25th September every year.

Black stands at a height of approximately 5 feet 11 inches (1.8 meters).

Blackwell is very private when it comes to his personal life. Hence, not much is known about his parents as he has kept their details off the limelight. We will update you once this information is available to us.

Blackwell is a proud gay man. He first came out in 2013 while participating in a live conversation with his co-host Sandy Brown. Although the journalist has not yet wed, he may already be seeing someone. There isn’t much information available because he is quite private about his personal life.

In 1999, Blackwell served as class president of his Milford Mill Academy high school graduating class. He graduated from Washington, D.C.’s Howard University with a B.A. in broadcast journalism. He held a job at Howard University’s public television station, WHUT-TV, while in college.

After graduating, Blackwell began his career at WHAG-TV in Maryland as a reporter and stand-in anchor. At WTLV/WJXX in Jacksonville, Florida, he formerly served as a reporter and weekend anchor. Blackwell was the first black primary anchor at WPBF in West Palm Beach, Florida.

Victor began working for CNN in 2012 as a correspondent, based out of the southeast desk. Victor and Christi Paul co-hosted New Day on Saturday and Sunday in 2014. In January 2022, Paul decided to stop producing the program. In April 2021, Blackwell and Alisyn Camerota started co-hosting CNN Newsroom.

Victor co-hosted New Day on Saturday and Sunday in 2014 with Christi Paul. In January 2022, Paul decided to stop doing the show. She gave an explanation for her departure, citing how her early schedule hindered her from seeing her family. Christi added that she was also frequently worn out. She relocated to Ohio, her birthplace.

Blackwell has an estimated net worth that ranges between $1 million – $5 million.