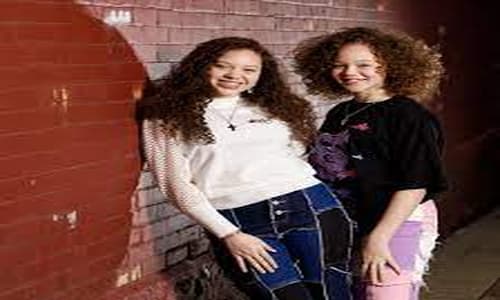 Macie and Marie are the duos in the Cunningham sisters popular with NBC’s reality TV singing competition, The Voice Season 21.

The sisters’ parents are Marc (father) who grew up singing and playing drums for both the Franklin Sisters and The Holy City Travelers and Tara (mother). In addition, they have an older sister named Maura who is a photographer, cosmetic artist, and videographer.

The sisters have explored a wide range of genres on their YouTube channel although their musical approach is pop. Moreover, they have done innovative twists on popular hits and older songs ranging from R&B to gospel including Khalid’s “Location” and Britt Nicole’s “Gold” making them highly versatile and diverse.

The Cunningham Sisters The Voice

The Voice coaches are surprised every once in a while during blind auditions when they realize there is a duo or trio on stage rather than a solo performer. However, this was the case with the sister duo who auditioned for season 21 of the show.

Macie and Marie, the Cunningham sisters performed Tori Kelly and Kirk Franklin’s “Never Alone” during the blind auditions. However, Grande and Shelton refrained from pushing their buttons for the girls, but both Clarkson and Legend turned around back to back about halfway through the song.

Clarkson jumped in to let the girls know she also has experience with gospel singing although Legend tried his hardest to bond with them over being from Ohio and also singing in church. In addition, they also said they love country music. However, it did not work out when Legend told the sisters that he did have a group on his team and all the other coaches had.

In addition, Clarkson told the duo needed to work on their harmonizing because they were sometimes not perfectly in sync. In her new strategy of coaching during the auditions, she also told them they needed to learn how to blend and let the other shine in moments. Kelly was surprised by the duo’s move to joining her team.